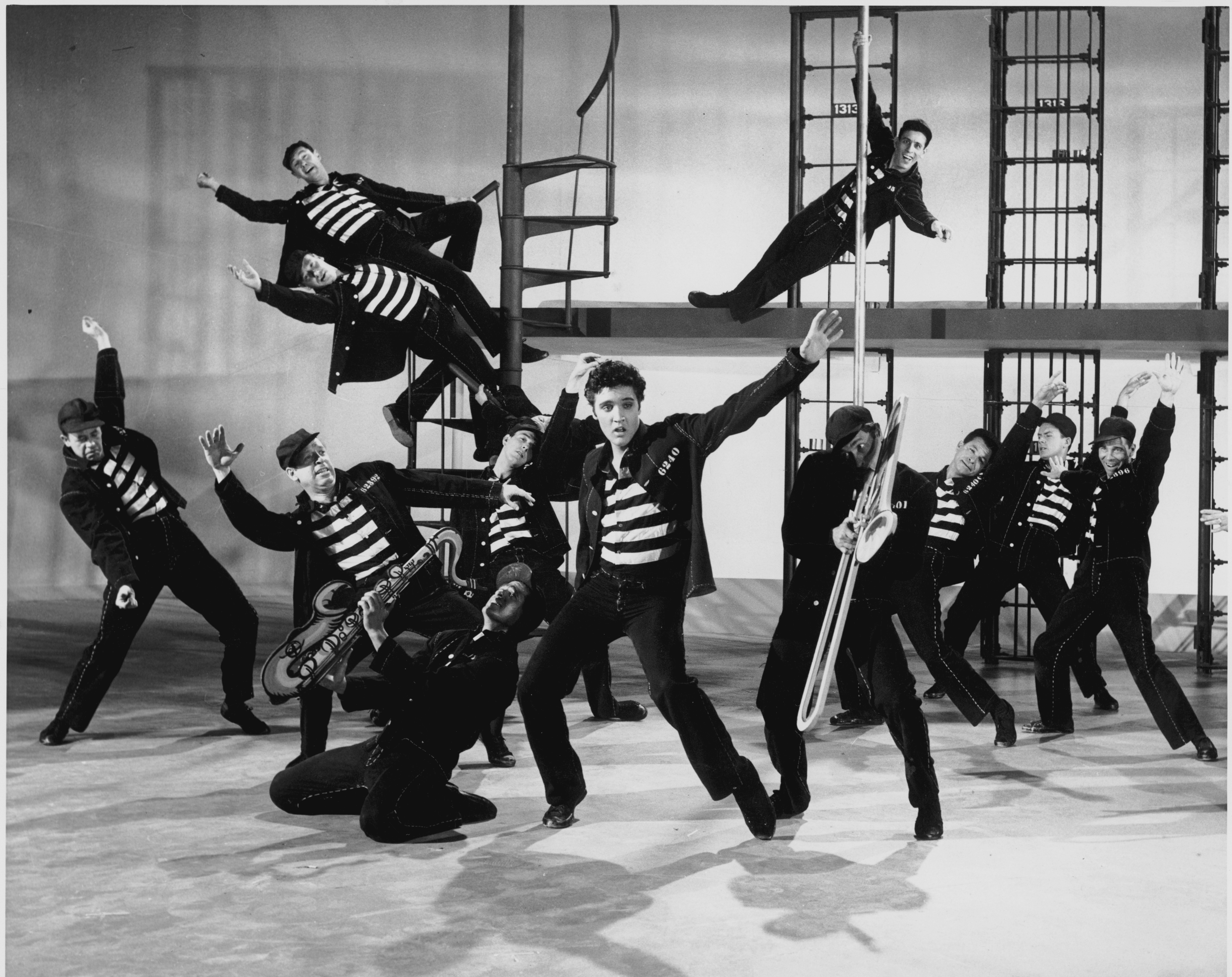 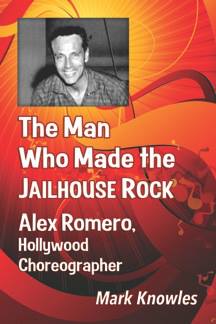 The Man Who Made the Jailhouse Rock: Alex Romero, Hollywood Choreographer is now available in stores!

The son of a Mexican general, Romero escaped the Revolution, joined his family’s vaudeville dance act and became a dancer in Hollywood. Part of Jack Cole’s exclusive Columbia dance troupe, he was eventually hired as a staff assistant at MGM, where he worked on Take Me Out to the Ballgame, An American in Paris, Seven Brides of Seven Brothers, and On the Town, among many others. When he transitioned into a full-time choreography, he created the dances for numerous films, including Love Me or Leave Me, I’ll Cry Tomorrow, tom thumb, Whatever Happened to Baby Jane, and three additional movies for Elvis.

Known for his inventive style, and creative use of props Romero was instrumental in bringing rock and roll to the screen.This biography includes first-person accounts of his collaborations with Gene Kelly, Fred Astaire, Judy Garland, Frank Sinatra, and others.

“Alex Romero was one of the last of the Hollywood Studio staff choreographers who never received the attention or success he deserved. As if his life story is not remarkable enough, his talents were well known and used by Fred Astaire, Gene Kelly, Jack Cole, Hermes Pan and his credits range from spending time with stars like Janet Leigh to help her with her role as a ballerina to creating “Jailhouse Rock” for Elvis Presley. Author Mark Knowles keeps the book warm and wonderful using excepts from the many year’s worth of interviews he had with Mr. Romero and has created a loving and fact-filled tribute. The detailed credits and Chapter Notes are delicious ‘icing’ on this cake.” Larry Billman, author of “Film Choreographers and Dance Directors,” and founder of the Academy of Dance in Film, December 4, 2014 ( Amazon Review)

“The man who taught Elvis to dance is profiled in Mark Knowles’ new book The Man Who Made the Jailhouse Rock… A dancer whose career dates back to vaudeville, Alex Romero’s recollections are filled with fascinating anecdotes about Elvis, Gene Kelly, Fred Astaire, Judy Garland, Frank Sinatra and others… Throughout this book Alex Romero comes off as skillful, friendly, talented and hardworking, and his memories of the great musical stars are enlightening and entertaining… Recommended to film buffs and those in dance and its history.”  Examiner.com, October 12, 2013.

“I absolutely loved the personal way in which Mr. Knowles tells Mr. Romero’s story, or should I say stories! This was an enjoyable and “easy” read. Easy in that it was captivating, as if I was there and part of this wonderful history! Definitely a MUST for any Musical Theater/Movie lover!”  Marka D. Rogers, October 4, 2013. (Amazon Review)

“This is a fascinating look at the work of Alex Romero. The author had a unique perspective because he had been able to interview Romero to get first-hand accounts of his experiences. In a way, Romero finally gets credit for all the amazing choreography he did through this book.” Christine A. Reifer, March 12, 2014. (Amazon Review)

“…the pictures alone are magnificent. And the copy is strong, enlightening and heartfelt…brilliant writing…”  John Romero, Jr. (Alex Romero’s nephew in a letter to the author) September 10, 2013.

“What a wonderful book you created. I literally could not put it down. What a gift you gave us, and such rich, fun stories. When I finished it last night, I closed the book and laid it across my heart and cried.” Alix Bainbridge (Alex Romero’s niece in a letter to the author) September 12, 2013.

Alex Romero with Russ Tamblyn on the set of tom thumb.

The number “Sing You Sinners” from the movie I’ll Cry Tomorrow starring Susan Hayward. In addition to choreographing the number, Alex Romero created the concept for the set.

Alex Romero as the White Indian with Judy Garland in the movie Annie Get Your Gun.

Alex Romero, Carol Haney, and Gene Kelly rehearsing at MGM for On the Town.

Alex Romero outside his dressing room at at the Harriet and Charles Luckman Fine Arts Complex at California State University, Los Angeles when Jazz Dance LA presented a “Tribute to Alex Romero,” honoring Alex with the Foundation’s Lifetime Achievement Award on October 13, 2001,

Alex Romero with Russ Tamblyn, backstage at the tribute to Alex in 2001.

Alex Romero dancing with Danny Daniels before the Jazz Dance LA tribute to Alex in 2001.