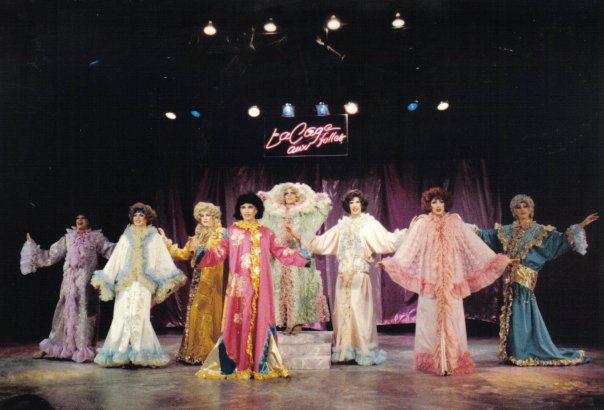 The Cagelles on stage during the production of La Cage aux Folles at the Grand Dinner Theater in 1988. Mark choreographed the production, and received a Robby Award nomination for his work on the show. From left to right: Christopher Castillo, Tracy Lore, Kevin Davis, Jeff Cornell, Garry Allyn, Roger Castellano, Scott Lane and Dannette Drehsen.